Mentor (the name comes from “Mentor” the Ulysses’ friend who was left in charge of Telemachus to guide him in difficulty) and the -later on introduced- Mentoring or Mentorship is the act of guiding or sharing insight, experience, skills, and positive attitude to aid others to develop and expand their careers.

Mentoring today is not only ‘giving advice’ or passing on experience in a particular area or situation. It’s about motivating and empowering the “learner” (or apprentices) to identify their own issues and goals and helping them to find their own paths of resolving them.

It’ about supporting students to “find their way” in life and work, to prepare them for a lifelong learning path, to coach them to understand and respect different ways of thinking and hopefully kick-start their careers. 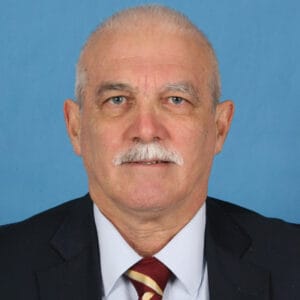 Being already 40 years in shipping industry. Since 1977 working in Golden Union Shipping Group.

Born and raised in Vrontados- Chios. Graduate the City of London Polytechnic (London University).  Holds a BSc in Maritime Economics and MSc in Logistics 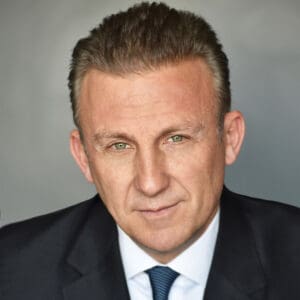 Costis J. Frangoulis is an entrepreneur born in Athens, Greece and a father of two daughters, Elli and Athena.
He holds a B.A from the University of Richmond, U.K in Economics and Business Administration since 1988.
From 1988 till 1990 he served in the Hellenic Navy as a non-commissioned officer.
He is the Founder, President and CEO of Franman Group which he formed in May 1991. For 3 decades, Franman has provided a wide range of services to the shipping industry, focused on shipbuilding equipment, spare parts, ship repairs and service, maritime security, cyber security, underwater cleaning and consulting. Franman today represents 132 leading corporations promoting their equipment, products and services in Greece and 13 other shipowning nations to over 600 customers.

In year 1996, he founded Imperium Shipmanagement SA which managed and owned 5 handysize bulk carriers. After a decade and while the Dry Cargo market was booming, he decided to exit the market by taking advantage of the very high asset values at the time.

Mr. Frangoulis is also the President of the International Propeller Club, Port of Piraeus, an Ambassador of the Sailors’ Society in Greece, a non-executive member of the board of Sfakianakis Group and a member of the Advisory Board of the Academic Maritime Sector of the BCA College. 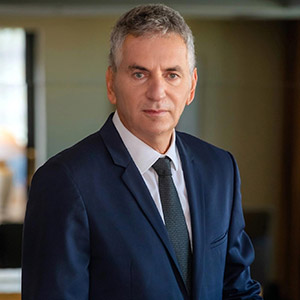 A story telling Bio:
‘Leading through Vision. Inspiring through Actions’

Dimitrios Mattheou is the CEO | Managing Director of Arcadia Shipmanagement Co Ltd & Aegean Bulk Co Inc, the Chairman of the Green Award Foundation since 2012, as well as the President of AHEPA Maritime Chapter HJ – 45 St’ Nicholas. He is highly recognized for his contribution as an active member of International Organizations. In particular, he is Vice Chairman of the Hellenic Mediterranean Panel in INTERTANKO, Executive Committee Member in Norwegian Hull Club, INTERCARGO and HELMEPA. Dimitrios is an inspiring Leader, committed to his job tasks, innovative in his roles and loyal to the corporate spirit. His management style is extremely accessible and he is a very hands-on executive officer with a ‘can do’ attitude that arouses inspiration and motivation in demanding and crucial working environments. Through his actions he has earned the respect of the maritime community and has been awarded three times as a Best Manager and as an Exceptional Personality (Best Manager award / Efkranti Awards, Personality award / GREEN4SEA Awards, Personal award / Masters & Mates Union of Greek Merchant Marine).

Mattheou Dimitrios, contributes greatly to the qualitative evolution of the market and the general business community through his speeches and presentations at conferences, forums, and international events. He inspires and guides, orientates and aims towards perfection, consistency, reliability and incident-free performance. By drawing special attention to the constant and continuous effort for the improvement of an organization’s ability to exceed its corporate goals and to achieve Safety and Environmental Excellence, he emphasizes to the optimum utilization of its resources and maximum profits, as well as to honoring of all longterm commitments made to customers. 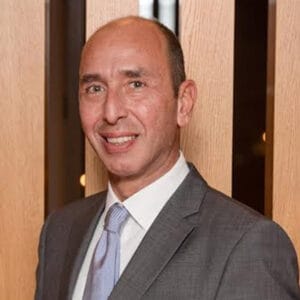 Stavros Meidanis, with over 24 years experience in shipping industry, first joined Lloyd’s Register of Shipping (LRS) 1999 and worked as a Marine Surveyor and Quality Lead Auditor. In 2006, he was appointed Marine Client Manager for Lloyd’s Register. From November 2008, he was promoted to Global Manager/ Principal Surveyor for Marine Management and Safety Systems for Lloyd’s Register Group. He was also responsible for the implementation of LR’s Group Strategy regarding Marine Management Systems in the Supply Chain across the world.

From August 2013, he joined the leading shipping company Capital Ship Management Corp, taking the position of DPA/CSO and Safety & Quality Manager. He had the responsibility of Safety & Operational performance -focusing on safety, environmental and energy – of Capital Ship Management fleet –total of 70 vessels, including Oil/ Chemical Tankers, Bulk Carriers and Containers.

Stavros has an extended experience on several business segments such as Tankers, LNG and Dry (both Bulk Carriers and Containers). Ha has published a plethora of technical papers and studies in shipping industry. He is holding degrees in Marine Engineering, Economics and Business Administration. He has successfully completed several Executive Business & Technical degrees from well reputed institutions like LSE and MIT, participating in several working groups studies. Stavros, has being Clinical Professor/ Guest Lecturer in several Academic Institutions. 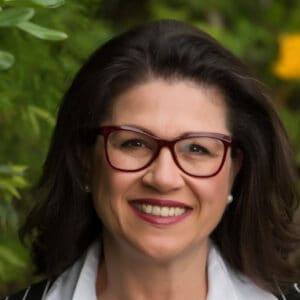 Marina Papaioannou graduated from the University of Patras, Department of Geology in 1989 and received a PhD in Geophysics in 2002.

She has participated in various scientific projects related to archaeological geophysics, which was also the specific topic of her Thesis titled “The application of geophysics in the investigation of underground structures in urban environment”. She worked as a free-launch geologist/geophysicist until 2000, undertaking a major part of the geophysical investigations for the construction of the Metro of Athens, participating in various NATO SFS Programs, as well as numerous archaeological /geophysical projects and civil construction works.

In 2000, she started her career in the maritime business with her employment at the Hellenic Marine Environment Protection Association – HELMEPA.  Within her duties was to follow the works of the Committees for the Protection of the Marine Environment (MEPC) and Maritime Safety (MSC) of the International Maritime Organization (IMO) in London, translation and simplification of laws and regulations relevant to the protection of the marine environment and oil pollution prevention and response and teaching at seminars with relevant subjects.

In 2008 she started her employment with Germanischer Lloyd Academy and she has been GL Academy Area Manager for Southern Europe, responsible for the training activities of GL for Greece, Italy, Cyprus, Turkey, Spain, Portugal.  Since 1st January 2014, she has managed the training business under the new merged organization – DNV GL’s Maritime Academy Hellas, for which she is also a trainer. Currently and after renaming of the organization to DNV, she holds the position of Principal Academy Advisor. She has a significant presence in national and international conferences/symposiums as a speaker, with numerous publications.

In April 2021 she was awarded the GIWA (Greek International Women Award) for shipping. 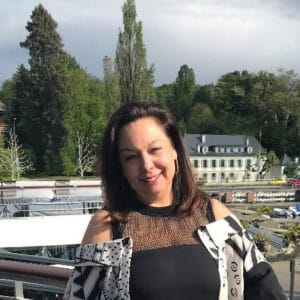 Katerina has a total working experience of 39 years of which 36 years have been in managerial positions in the fields of Shipping Banking and Finance.
Katerina holds the position of Executive Director with Investments & Finance Ltd. The company is a financial consultancy firm dedicated in providing financial and investment banking advisory services to shipping and corporate clients. Katerina’s career started in shipping in 1985 as Assistant CFO for Athenian Sea Carriers, one of the traditional and prestigious Greek shipping Groups, and continued into Banking in 1992 as Head of Shipping Finance for two Greek private Banks, responsible for setting up and developing their shipping loan portfolios. She was also a Credit Committee member of these banks.
Katerina holds the position of Governor of The International Propeller Club of the United States, Port of Piraeus. She has also held the position of Executive Committee Member of WISTA International (2012-2018). She is a Jury Expert with the European Commission on Blue Economy, an active member of WISTA Hellas, member of the Greek Shipping Bankers Association, Advisory Board member of Blue Growth, Advisory Board member of the Young Executive Shipping Forum team, Mentor to university graduates looking to develop their talents by pursuing a career in Shipping.
Katerina is also a Lecturer on Shipping Finance at the Greek Branch of the Institute of Chartered Shipbrokers and DNVGL Trainer.
Last but not least she is the proud single mother of 2 talented young ladies, age 24 and 26.

Managing director and operational manager of Sunberry Oceanways Ltd. with extensive 40+ years’ experience in the shipping industry. Diverse background in both maritime sector and information technology ranging from data science, software development, programming, to fleet operation, purchase and acquisition. Joined KARLOG SHIPPING COMPANY, a family company, in January 1978 as EDP Manager. From 1978-1981 worked in the Accounting Department. In these years he developed a very sophisticated Software System for Ships and Information Management, which at a later stage was sold to more than one hundred Shipping Companies in Greece.  In 1981 he established, in Piraeus, Symbol Computer Services, a company providing Software for the Shipping Enterprises. From 1981-1995 he worked in various Departments of KARLOG SHIPPING, like Legal, Supply, Chartering, Operation.  In these years as a seaman book holder, joined various KARLOG’s vessels for short periods in order to obtain experience for managing/operating vessels and understand their problems closely. Total sea service of 5 years. Since 1995, worked in the Operation Department of the Company and today holds the position of the Operation Manager. 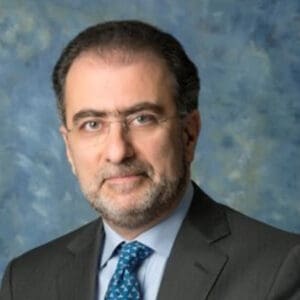 Panos Theodossopoulos, Chief Digital Officer at Oceanking, has worked for the past 7 years in the area of digitalization for the maritime sector, in both technical and commercial aspects.

With more than 25 years of management experience, he has held several leadership positions in Sales, Business Development, Services and Marketing, in the ICT sector, both in Greece and abroad.

He has served as Director of Public Sector Sales and Director of Technology at Microsoft Hellas, where he worked for eight years and, more recently, he was the CEO of Propulsion Analytics for more than 4 years, where he was also the Co-Founder.